You will need a beach ball for this game. The object is to see how long you can keep the ball in play. Number off so each player has a number. The first player holds the ball and hits the ball into the air, calling “one.” Play proceeds in numerical order with each player calling out his number as he hits the ball. Players try to keep the ball from touching the ground. A player cannot hit the ball again until his next turn. If the ball touches the ground, is hit out of turn, or is caught, play stops. Note the score and as you begin again, try to beat that score! (This game can also be played in teams. Divide into teams that have the same number of players on each. Which team can keep the ball in play the longest?) 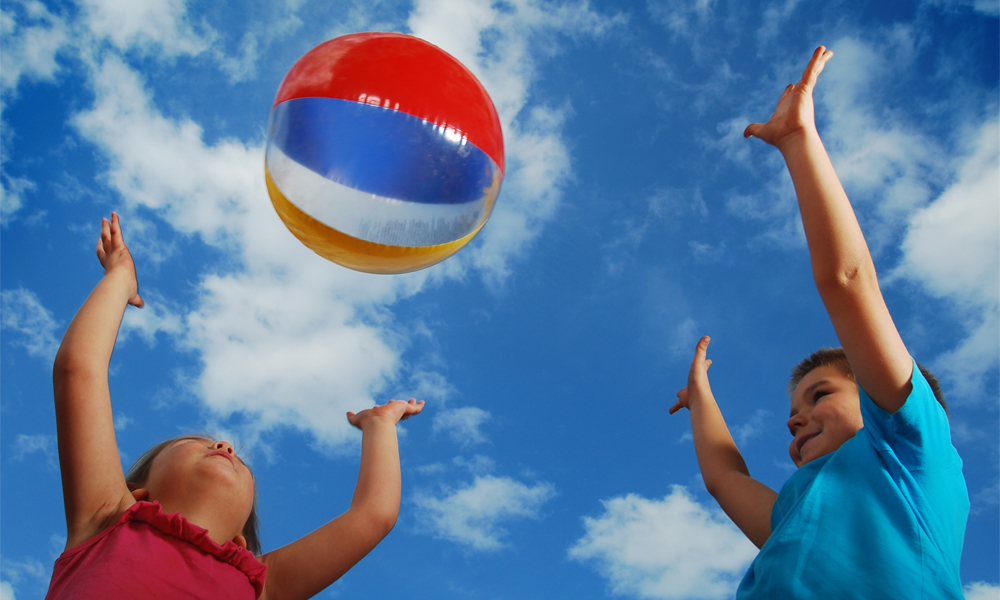